Learning methods: Individual studio work is accompanied by lectures and site visits that illuminate the content of thematic spheres and their meaning, as well as by individual presentation of initial ideas, working versions and final projects, discussed by teachers as well as other seminar participants.

To accomplish a comprehensive architectural design of an advanced public building within a limited timeframe of the course, taking into account the wishes of the client or the user needs, the specific conditions of the location, the basic technical and legal requirements, and an articulated architectural expression. Knowledge and understanding: Understanding the complexity of an architectural object, the importance of basic themes and the role of the architect in directing the interdisciplinary process of architectural design. The knowledge of adjusting the basic architectural idea to the specific user needs, to the specifics of the place and to technical and legal requirements without compromising its formal integrity. Transferable / Key Skills and other attributes: The ability to accomplish a comprehensive project in a limited time. The skill to use the representative techniques on a real case (written description, 2D drawing, 3D rendering, model making in scale 1:200). The ability of a clear, structured, professional and attractive oral and graphic presentation of own work and the ability to defend it by arguments.

The course is dealing with the complex process of designing an advanced public building in real space and time. The studio work, based on a practical example, shows how the initial idea, going through the spheres of function, context, meaning and the technical/legal aspects, develops into a final coherent architectural design, and explains the role of an architect, who coordinates and directs the interdisciplinary work and mediates different wishes and demands. The final project is elaborated on the level of idea project or competition project including the following parts: a short written description, site plan (scale 1:500),  floor plans, sections and elevations (scale 1:200), typical facade part (scale 1:20), 3D rendering, model (scale 1:200). The final project is presented by screen projection with comments. It is submitted in A3 size printed version and a 70 x 100 cm panel. At the beginning of the course students present their initial ideas by screen projection of sketches, a working model (scale 1:500) and a comment. During the course, there are two presentations of the development of the initial idea by screen projection of working drawings and a comment. At the end, higher graded projects are publicly presented at an exhibition and in a printed booklet. 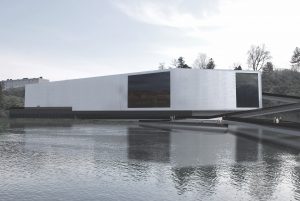 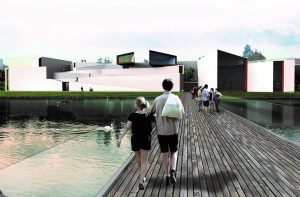 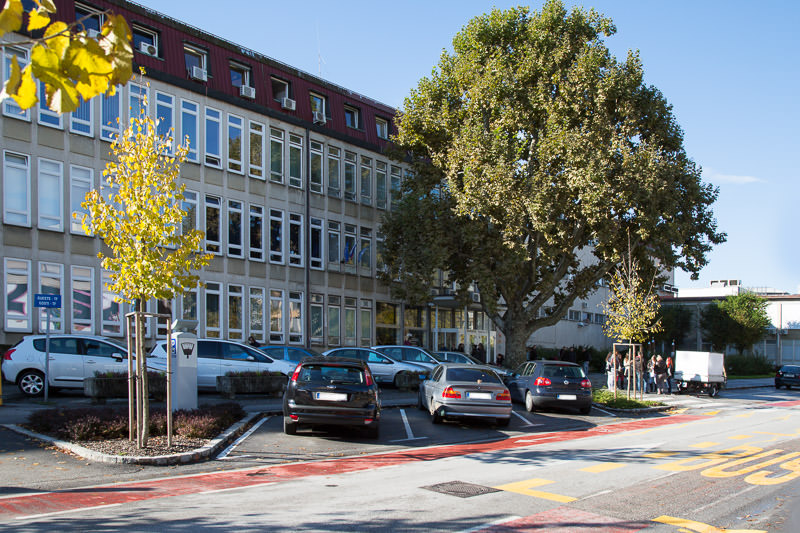